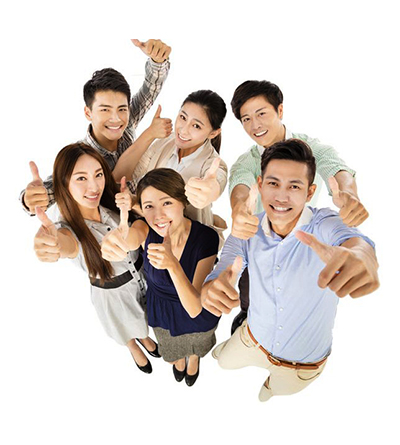 • PROFESSIONALISM: Having the skill set to deliver customer needs with integrity and respect.

• URGENCY: Ability to respond to customer needs in a timely manner.

• TEAMWORK: Cooperate with each other to deliver tasks and taking ownership of responsibilities.

MISSION
Customer First!
It is our mission to actively heed the needs of our customers, employees, and the communities we serve.

VISION
Berovan envisions to be the country’s most reliable distributor of medical supplies and equipment.

Founded on March 23, 1972, Berovan Marketing, Inc. started its operations in the founder’s compound, carrying two products, gauze and gloves. Its operations were to be in tandem always with its already established sister company, Rose Pharmacy – A National Retail Drugstore Chain in the Philippines.

In 1973, Berovan first branch was opened in Jakosalem Street, Cebu City. To serve a wider public, more retail outlets were opened in Cebu. The potential markets in other provinces were explored. The first branch outside Cebu was opened in Davao. Branches in Marikina, Iloilo, Cagayan, Bacolod, and others followed.

From gauze and gloves, more product lines were carried like Lysol and Welch Allyn. Berovan was not only an importer, it became a distributor. Strong names in the industry such as BD, 3M, Oral-B, BBraun, Johnson & Johnson, ALP K2, etc., partnered with Berovan in their quest to have a strong presence in the market.

Berovan suffered great adversity when the company lost all of its stocks in a flood that hit Marikina in the 1980s. Yet it had risen above the calamity and a new warehouse in Metro Manila was opened. More warehouses followed in different areas. Berovan’s progress was unstoppable ever since.

Through the years in sales and distribution, Berovan has maintained its position as one of the leading players in the industry. With a handful of dedicated employees in the ’70s, Berovan now has approximately 505 competent and motivated members of its’ family, spread over 25 key areas. They are considered the best assets of Berovan in providing ultimate customer satisfaction.

Berovan Marketing, Inc. aims to sustain its competitive position in the industry in pursuing its vision and mission.

We believe in constant research and development. Thus, we continuously update our roster of products, thereby giving you the opportunity to bring world-class equipment and medical devices right at your doorsteps.

We have a wide range of products which can cater to all types of customers: from students to small-scale clinics, to major hospitals.

So, whether you are a student trying to convert a dream of being a surgeon into reality, a medical practitioner wanting to start your own clinic or a major hospital wanting to serve your community, you will find everything you need right at Berovan Marketing, Inc. We will serve you, our customers, with a kind of service that’s no less than world-class.

If you are interested in our products, you can go to Berovan retail store near you. We are located in the major cities of the country. Alternatively, you may contact us through info@berovan.com and we will be more than glad to have a Sales Representative talk to you.

At Berovan Marketing, Inc., we constantly evolve in order to maintain being the “most reliable distributor of top-of-the-line medical supplies and equipment.“